In 3 hours there is a lot to explore in the breathtaking Portuguese capital.

If you wish to follow one of our routes instead of roaming freely through town, the blue one is the best suited for a 1 hour tour. This route highlights the historical neighbourhood of Alfama, the oldest in town, full of Fado houses and known for its narrow and labyrinthine streets, colourful houses with irregular geometry, clothes drying on the windows and with some of the most beautiful viewpoints of the capital. This quarter is a journey through time.

This tour takes you through some of the most emblematic monuments and places in town, including: Casa dos Bicos – José Saramago Foundation, the Fado Museum, the National Pantheon, the flea market area (which takes place every Tuesday and Saturday), the Graça Church and Convent (and its viewpoint), the Portas do Sol and Santa Luzia viewpoints and the Lisbon Cathedral.

Baixa, in the heart of the Portuguese capital, is also known as “Baixa Pombalina” because it was rebuilt after the destruction caused by the terrible earthquake of 1755, by order of the Marquis of Pombal (Marquês de Pombal). This is the most cosmopolitan neighbourhood in the city, where tradition blends in with the boldness of modernity, an area full of commerce and emblematic buildings and with great cultural diversity.

This tour takes you through some of the most emblematic monuments and places in town, including: Santa Justa lift, the Rossio Square, the Dona Maria II National Theatre, the Carmo Church and Convent, the Camões Square and S. Pedro de Alcântara viewpoint, Príncipe Real Garden, the Amália Rodrigues House Museum and the Cais do Sodré area along the riverside.

This journey along the river till the monumentality of Belém lasts approximately 2 hours. The area of Belém is famous for being linked to the Discoveries history, honoring the stoic navigators of all times, brave
portuguese men. For centuries Portugal was one of the biggest nations in the world and this neighbourhood will always be remembered and praised as the sea port of the Golden Era.

This tour takes you through some of the most emblematic monuments and places including: the National Museum of Ancient Art, the “Fundação Oriente”, “Cordoaria Nacional”, the Jerónimos Monastery, Champalimaud Foundation, the Belém Tower, the Monument to the Discoveries, the Electricity Museum, the MAAT and the superb Comércio Square.

*This tour’s length may vary due to circumstances such as departure time and location, traffic and your itinerary.

*If you do take additional rental time, this will be charged in 15-minute increments at our retail rates. You may visit all or some the tour’s highlights. If you are unsure of which tour to book, just book according to the amount of time you think you’d like to spend. We can suggest what tour options to take with the sights you want to include, when you come into our shop. 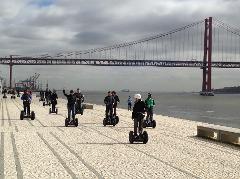 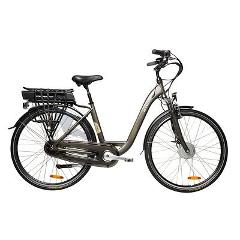